Skip to Main Content
It looks like you're using Internet Explorer 11 or older. This website works best with modern browsers such as the latest versions of Chrome, Firefox, Safari, and Edge. If you continue with this browser, you may see unexpected results.

Diversity and Inclusion resources available at the Paul Meek Library and beyond!

Broadly defined, religion is a social-cultural system of designated behaviors and practices, morals, beliefs, worldviews, texts, sanctified places, prophecies, ethics, or organizations. It usually, but not always, relates humanity to the divine, supernatural, transcendental, or spiritual. Keep in mind that religion is intensely personal and may look different for every individual. There may be as many difference within religious groups as between two religious groups. The largest world religions are:

There are also many other minority and regional religions.

Books can be found as ebooks via the links provided or as print items in the Paul Meek Library.  Most books are located on the 2nd floor, but new books are shelved on the 1st floor.  If you have trouble locating a book, please stop by our service desk on the 1st floor for assistance.

The databases at the top house several articles and other resources that may be of interest.  A selection of specific articles are linked below the databases. Some resources are only available if you're on campus or logged in off campus.  If you have trouble accessing any of these articles, you may use the contact information on this guide's Getting Started page for assistance. 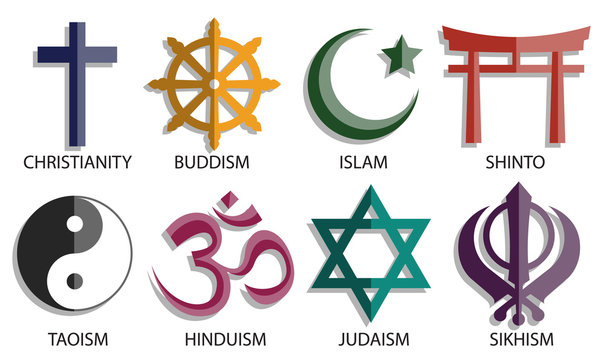